If I had to choose only one national park in Tasmania to be my favourite, it would be this one- Mount Field. It was accessible, in the middle, within an hour or so of Hobart AND had the most incredible waterfall I’ve seen (in Australia.) We actually visited this place twice. The first time was heading out of Strahan and stopping in Ellendale for the night, and the second time was on Christmas day. Surprisingly, this park was excessively busy on Christmas day, but what else can a million tourists do on a day when everything (except for NP’s) is shut? It seemed like half of Tasmania were hanging out in this gorgeous space and lucky for all of us, the cafeteria was open til 2, so we were even able to get a coffee and some lunch as well.

I’m only going to comment on two walks here- the first was to Russell Falls and Horseshoe Falls, and the other was Lake Dobson. These are the only two we did and we felt like they were great walks for kids (or toddlers if carrying) though not exactly pram friendly. Well, you could have taken a pram to Russell Falls (about a ten minute walk from the carpark) but beyond there was problematic. 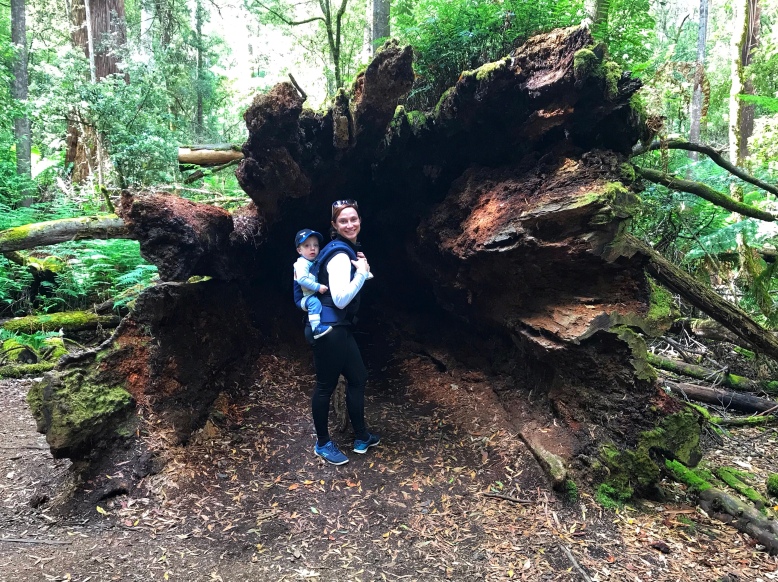 Russell Falls was pretty spectacular, although the viewing platform wasn’t huge. Apparently it’s only been fairly recently that they’ve put in a viewing platform with a fence to stop people going up to the falls themselves. This clearly makes it much safer for children and allows everyone to get a ‘clean’ photo without having to wait for others to get out of the way. The Falls were just super impressive on their own. They were high, gushing and very scenic. I could have stayed there for hours just watching the rushing water, but we had to share with many others. The walk up to the Falls was a gentle slope and really not difficult at all. I’d say just about anyone could make it there and even our one year old could have walked it, if we were so inclined. We weren’t, so we carried him and he was able to dance around on the platform underneath photo height.

From here we decided to head on a little further up to Horseshoe Falls. These were great as well, but not as impressive or spectacular as Russell Falls, though still worth seeing. The incline to these falls was greater and included more stairs. It was a boardwalk all the way if I remember correctly, but the stairs really made it not pram user-friendly. We also had to carry our son on the stairs as he was too little to climb them, and there were too many to climb even with help.

All up this ‘walk’ took approx an hour. It was an ideal amount of time to be out with our one year old and were were content with this, not interested in doing the longer walk which was roughly two hours (you can check the parks website or the Great Walks app for further information.) 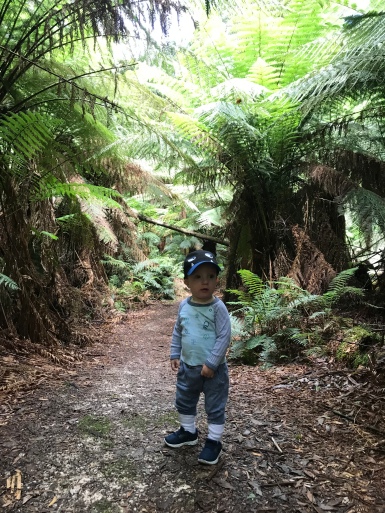 Our second walk when we returned on Christmas day, included another glance at Russell Falls (as it’s so close to the carpark) and then we drove on again a lot further along winding dirt road, until we reached Lake Dobson. There were quite a few cars here but we really didn’t see too many people. They may have been on longer hikes. Lake Dobson is a small lake and you can walk all the way around it in less than 30 minutes (including photo stops). It’s not pram friendly but it’s definitely an easy walk, with no great inclines or declines. Rather a nice path through the trees with glimpses of the water and lookouts all the way along. There are boarded sections and bush path sections and it really was a beautiful, scenic stroll, and one we thoroughly enjoyed on Christmas together as a family. This walk would be great also for small children as there is lots to see, it is safe (hard to get to the water) and it’s short, meaning little legs shouldn’t get too tired. It was a little unfortunate for us that it was an overcast day, but it would be even more spectacular with the sun out. Worth the long drive up and back for this beauty. 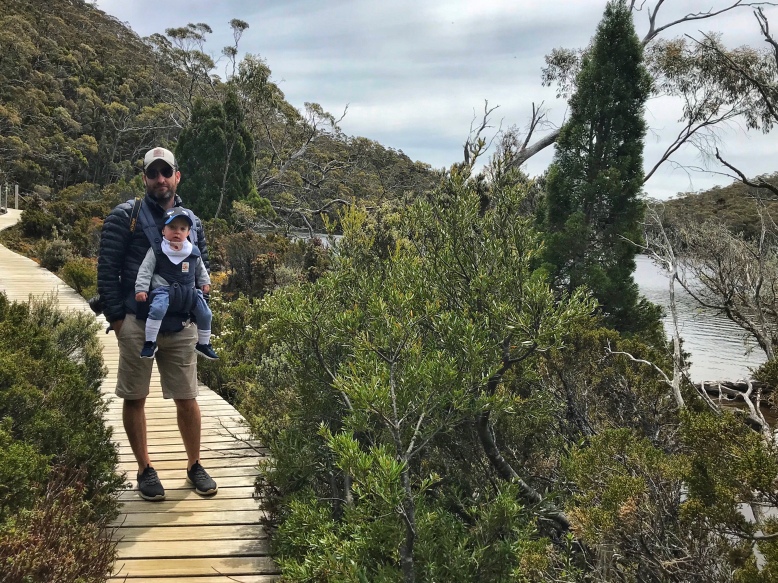 Grade: easy for both

Duration: one hour for Russell Falls and Horseshoe Falls, and half hour max for Lake Dobson

How to get there: Russell Falls is accessed via a short uphill walk from the carpark at the visitor centre and Horseshoe Falls are further along, with more uphill (stair) climbing.

Lake Dobson is accessed by following Lake Dobson road from the Visitors centre area for approx 16km. It takes a while, however, as it’s a windy dirt road. It is quite clear from the carpark how to access the Lake Dobson Track. 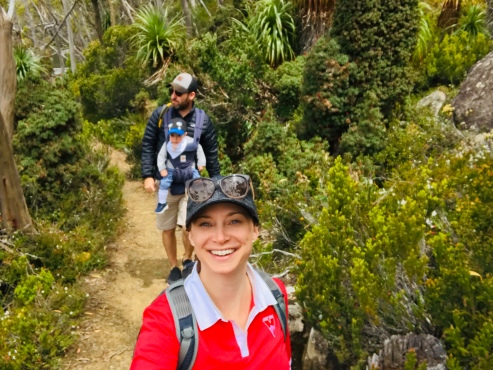